Skoda’s range of electric models will grow from the bottom up in the years to come. Thomas Schäfer, boss of the Czech manufacturer, confirmed it at the start of 2021. The name of this city car which will come under the Enyaq and its upcoming coupe version has been filed: it will be the Skoda Elroq. 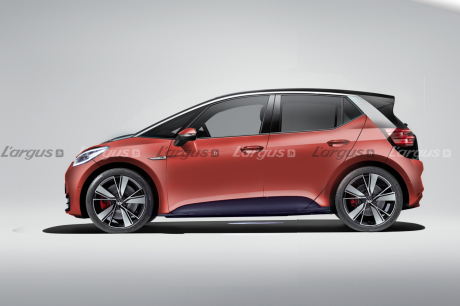 By its size (about 4 m in length), the Skoda Elroq will not replace the Citigo iV, the electric mini-city car removed from the catalog. Rather, it is intended to take over from the Fabia, of which the new generation, barely on the market, will not know a direct replacement.

It is possible also that it could replace the entry level Skoda Karoq and morph into a small SUV.

The Czech brand will have the task of developing all the electric urban models of the Volkswagen group (VW ID.1 and ID.2, Seat Acandra) with the aim of offering offers for less than £20,000, excluding government incentives. To keep this price, the Czech manufacturer will rely on an evolution of the MEB platform and especially on a less expensive battery chemistry using the more common Lithium Ion batteries.

Skoda will present the Elroq in 2024 and should benefit from the first commercial launch. The VW ID.1 and Seat Acandra are expected in dealerships in 2025.
Top
Post Reply
1 post • Page 1 of 1